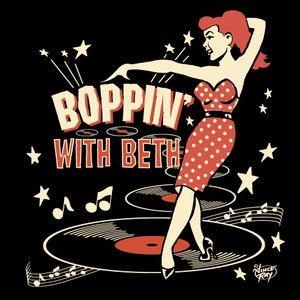 American rhythm & blues/rock 'n' roll/ doo-wop group, The Coasters are the "focus beam" group this week. They were the first group to be inducted into the Rock & Roll Hall Of Fame in 1987. We'll hear tunes from some of their peers and others they influenced including The Cadillacs, The Beach Boys, Dion & The Belmonts, The Del Vikings, The Rolling Stones, The Beatles, The Drifters and Grateful Dead including a couple of boppin' tunes from their catalog. Jammin' James Riley has a Wanda Jackson classic in Rockabilly Rewind and there's tunes from JD McPherson, Sue Moreno, Darrel Higham, Rio & The Rockabilly Revival and Nathan Belt & The Buckles as well!!